A Stellar Outburst in Three
Dimensions: U Scorpii

A nova is a star that suddenly becomes tens to hundreds of times brighter, then fades to its former brightness in just a few months. In these nova systems, a white dwarf — the compact remains of a Sun-like star that has burned all of its fuel — pulls material from a nearby companion star until enough accumulates to trigger a thermonuclear explosion on the white dwarf's surface. 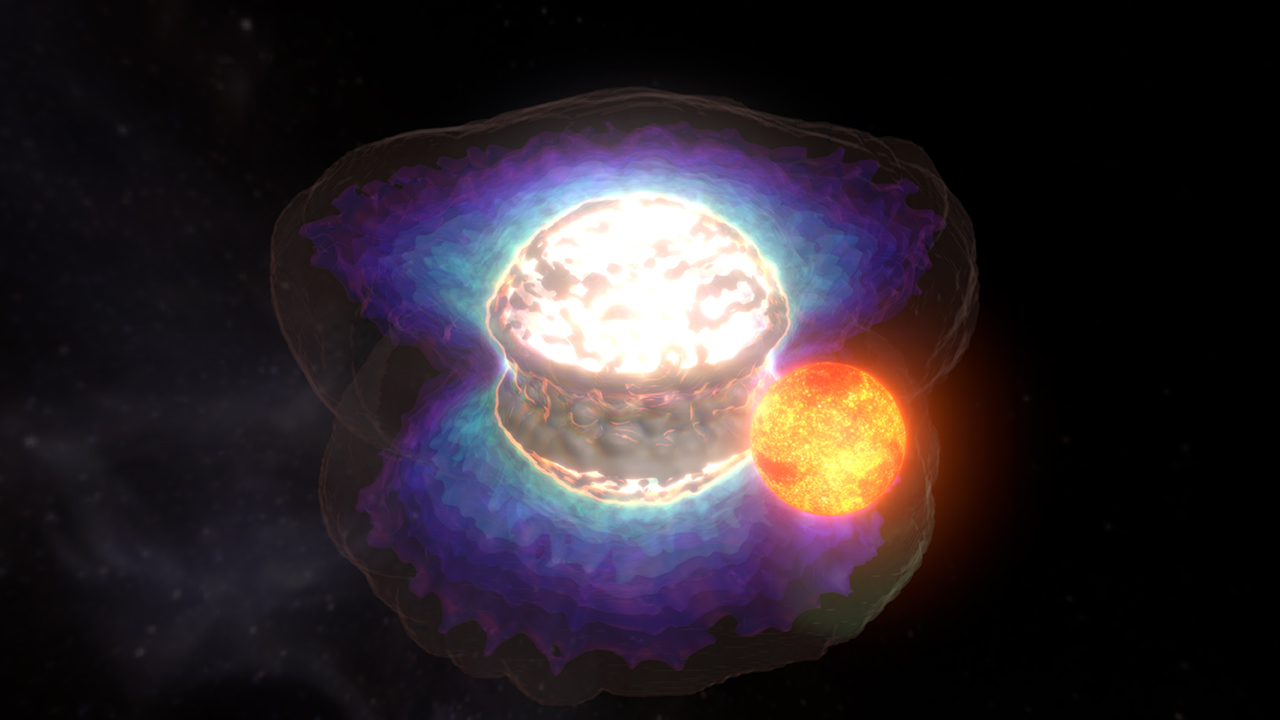 This 3D model of such a nova outburst of an object called U Scorpii is based on a scientific simulation, informed by observations. It explores the first 18 hours after the last outburst observed on January 28, 2010 in the system. Astronomers have seen U Scorpii - which is about 40,000 light years away from us- erupt about once every decade, so this system is due for another outburst very soon.

This printable file was created by the Chandra team from the 3D model. The red giant is visible as the sphere at the side-center of the print; the white dwarf (where the explosion happened) is too small to be visible but would be tucked inside at the very center of the model. The structure around the edges was material ejected during the outburst.

Select the 3D printer of your choice to make your own U Scorpii. Download the file below. For our 3D-printed example shown here, one color of PLA filament was used. Support structures were required, and removed after printing by using a dissolvable substrate with minimal hand-cleaning required.