Three's a Crowd: Triple Galaxy Collisions and Their Impact on Black Hole Accretion 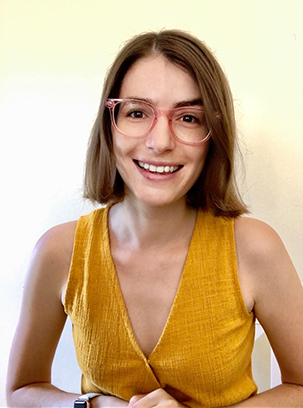 We are pleased to welcome Adi Foord as a guest blogger. Adi is the first author of a pair of papers that are the subject of the latest Chandra press release. She is a Post postdoctoral fellow at the Kavli Institute of Particle Astrophysics and Cosmology at Stanford University. She received her bachelor's degree in Physics & Astronomy from Boston University in 2014, and recently received her Ph.D. in Astronomy & Astrophysics from the University of Michigan (Summer 2020). Adi is a high-energy astrophysicist who is interested in how and which environmental properties impact supermassive black hole accretion and evolution. Most of her work uses X-ray observations of supermassive black holes, and she is currently focusing on systems where two supermassive black holes are in the process of merging.

Our sample was composed of seven triple galaxy mergers that were all visually identified by sifting through available optical observations taken with the Sloan Digital Sky Survey, an optical light telescope in New Mexico. Each system also had publicly available Chandra data to analyze. I analyzed each Chandra observation using a tool I developed as a graduate student at the University of Michigan. The tool is called BAYMAX (Bayesian AnalYsis of Multiple AGNs in X-rays), which shares a name with a friendly robot from the Marvel Universe (and has an appropriately cool logo). BAYMAX is a statistical tool that was developed to find dual AGN in Chandra datasets. It's especially powerful for low-luminosity and closely separated dual AGN that may not be obvious by eye. Using BAYMAX, I confirmed previous work that one of the seven triple galaxy mergers was composed of three AGN, four of the seven likely contain two AGN, and one has a single AGN. The last system had no X-ray evidence of any accreting supermassive black holes. 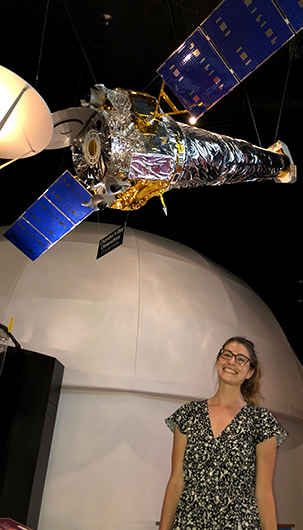 This supports the idea that during triple galaxy merger events, large amounts of gas and dust can be efficiently funneled into the nuclear regions, where the supermassive black holes can easily accrete it. On top of this, the one triple AGN system has the largest levels of gas and dust, compared to the other systems that were found to have one or two AGN. This result suggests that as gas and dust levels increase, the number of supermassive black holes that "turn on" (or, are actively accreting, and are thus "AGN") will increase. We hope in the future to carry out more of these studies with much larger samples of triple galaxy mergers. By doing so, we may find even more triple AGN, giving us a better understanding of the observationally rare, but theoretically significant, systems that may be the catalysts behind supermassive black hole mergers.