When An Unstoppable Force Meets an Immovable Object

The explosions of dying stars, known as supernovas, are some of the most powerful events in our entire universe, releasing more energy than the Sun will in its entire 10-billion-year lifetime. (The Sun is no small player, either—it produces the energy of nearly a trillion 1 megaton bombs every 10 seconds.)

The sheer power of a supernova explosion is enough to blast out debris at speeds of around 20 million miles per hour, generating shockwaves – pressure wavefronts that move faster than the speed of sound as they collide with surrounding gas and dust. As the shockwaves radiate outward into space, they dramatically heat this material up to temperatures of tens of millions of degrees, causing the supernova remnant to glow in X-rays.

Such immense, swift forces may seem completely unstoppable, but in the case of one supernova remnant in our Galaxy, G21.5-0.9, images from NASA's Chandra X-ray Observatory reveal that a mysterious presence was able to stop G21.5-0.9's shockwaves in their tracks. 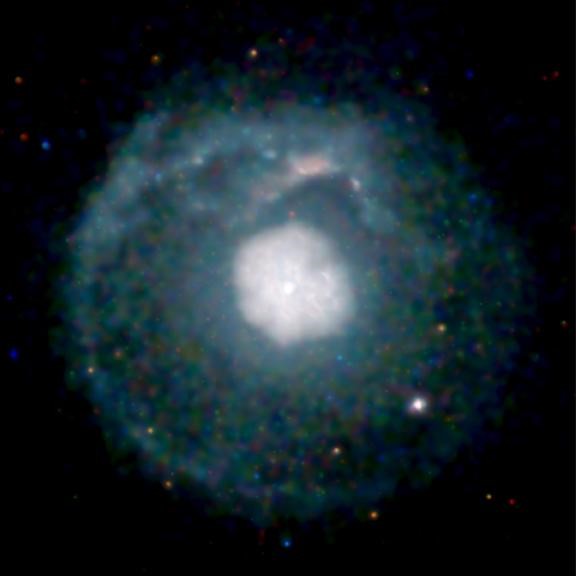 Most of the supernova remnant shell in this picture of G21.5-0.9 looks to be intact and spherical, just as one would expect from a perfect, symmetrical explosion in a perfect vacuum. This faintly glowing shell marks the front of the supernova shockwave as it rapidly expands outward. However, the top of G21.5-0.9's shell here is disturbed and flattened, breaking up the otherwise clean circle into a mess of filaments. It's almost as if a cosmic fist punched down on the supernova remnant, stopping the shockwave advance in the north.

What could possibly be so immovable against these powerful shockwaves? When I came to the Center for Astrophysics in 2018 to research G21.5-0.9 under Dr. Pat Slane, we already suspected that the answer might be related to variations in the loose gas and dust outside the supernova remnant, otherwise known as the interstellar medium.

To investigate this hunch, we ran computer simulations where we could watch the original explosion of G21.5-0.9 and follow its generated shockwaves over time. When we set the interstellar medium in the simulation to a constant density, giving us an even spread of gas and dust (as we usually expect to see in space), the shockwaves indeed appeared to expand in a perfect circle around the center of the supernova.

When we tweaked the densities of the interstellar medium, however, we found that the simulations adjusted the shape of the supernova remnant accordingly. If we set up a high-density region above the supernova, the radiating shockwaves would hit the region and be slowed by the thick collection of gas and dust. This would flatten the top of the otherwise-perfect circle formed by the supernova remnant shell, just as we see in G21.5-0.9. 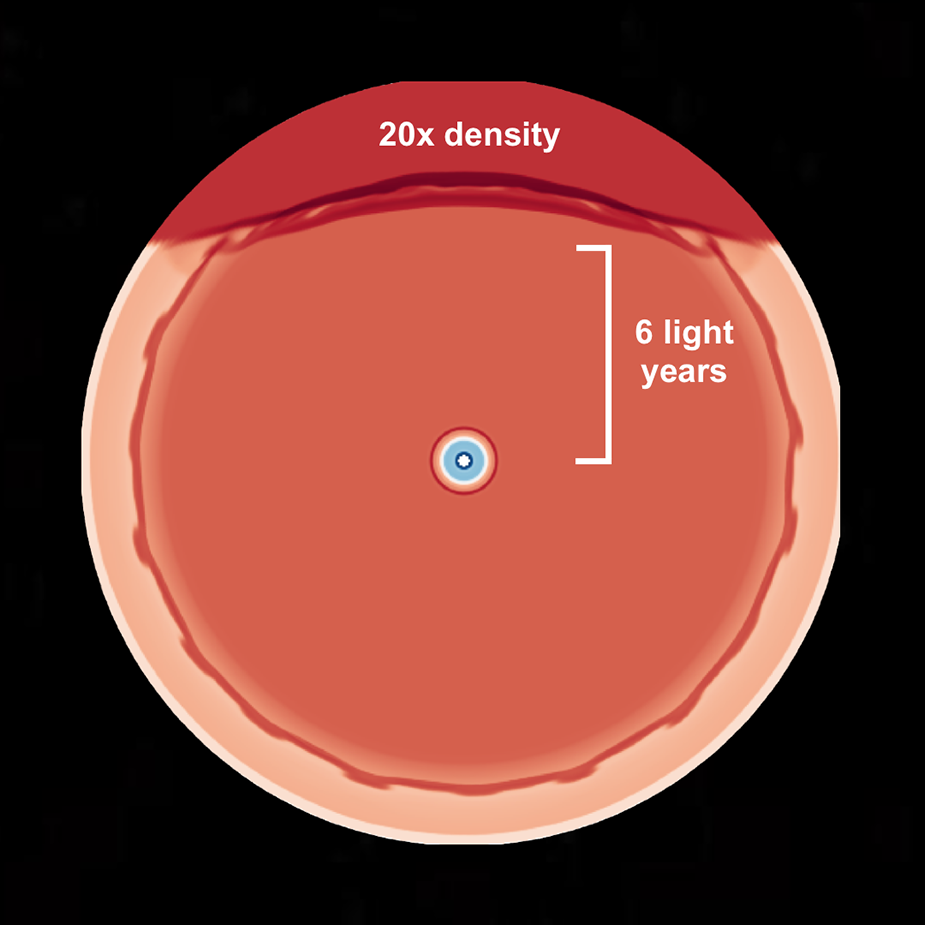 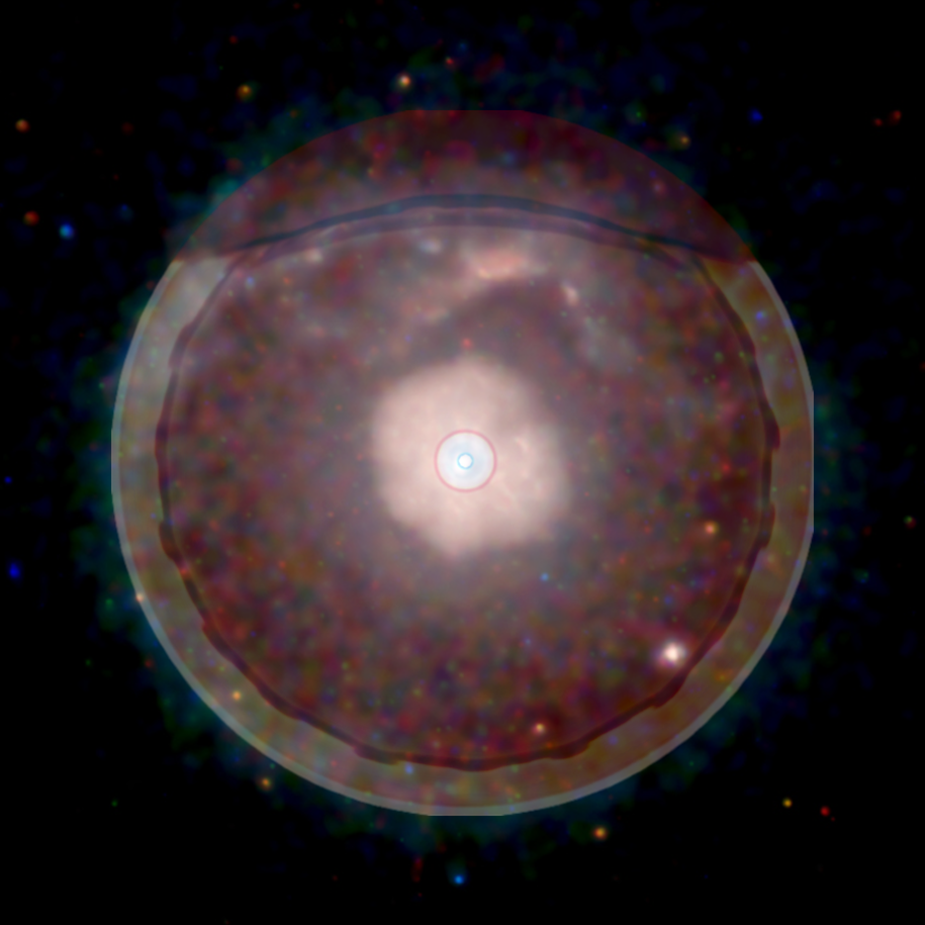 After many simulation runs adjusting the specifics of this high-density region, we found that setting its density to be 20 times(!) the density of the surrounding interstellar medium and setting its location to be 6 light years north of the center of the supernova resulted in a supernova remnant in nearly the exact shape of G21.5-0.9.

Even if we have figured out how G21.5-0.9 got its shape, we still don't know what specific combination of gas and dust (hydrogen? graphite? something else?) created such a high-density region in the interstellar medium, or why this gas and dust would clump together so densely in the first place.

Luckily for us, several other telescopes besides Chandra have pointed at G21.5-0.9 in recent years, including Hitomi, NuSTAR, Swift, XMM-Newton, and INTEGRAL. With so many missions looking to gather even more data on this peculiarly-shaped supernova remnant, hopefully the answers to these questions are not far off.

The results in this article are included in an upcoming paper on G21.5-0.9 by first author Soichiro Hattori of NYU Abu Dhabi. This paper will soon be submitted to The Astrophysical Journal.