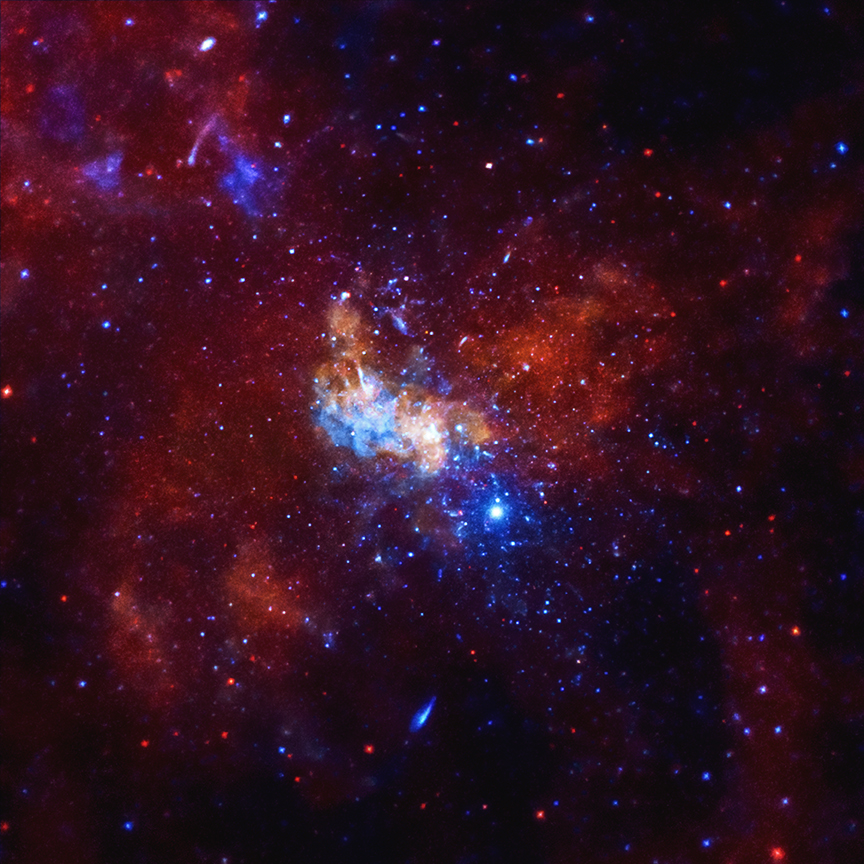 The winners of the 2020 Nobel Prize in Physics were announced this week: a trio of astrophysicists won for their work — both theoretical and observational — of black holes. Two of the three, Dr. Andrea Ghez of the University of California at Los Angeles and Reinhard Genzel of the Max Planck Institute for Extraterrestrial Physics in Germany — were cited “for the discovery of a supermassive compact object at the center of our galaxy”.

There are black holes throughout our Galaxy and across the Universe, but the one at the Milky Way's center, known as Sagittarius A* (Sgr A*), is particularly fascinating. At a distance of about 26,000 light years from Earth, Sgr A* is the closest supermassive black hole to us. Both Ghez and Genzel have spent decades tracking stars and clouds of dust near Sgr A* to learn more about the black hole and its environment.

Despite being relatively nearby, Sgr A* is still difficult for astronomers to observe because the line of sight between us and the center of our Galaxy is filled with gas and dust that blocks some types of light from reaching telescopes. Fortunately, X-rays from the Milky Way's center can penetrate this shroud. For over two decades, astronomers have used NASA's Chandra X-ray Observatory to learn more about Sgr A* and its environment, complementing the work done by Ghez, Genzel, and many others. 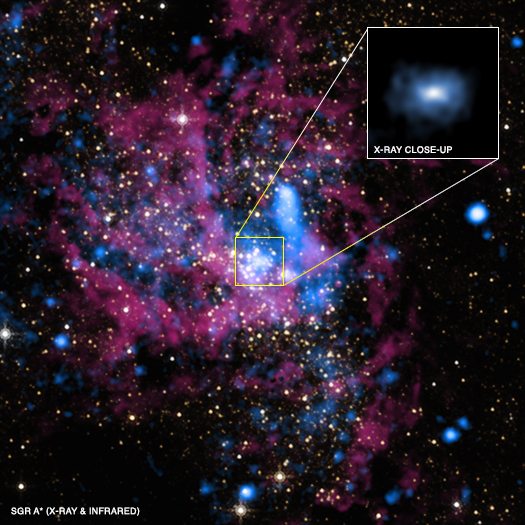 Astronomers have, for example, used Chandra to help show that Sgr A* is exceedingly quiet in X-rays at this point, unlike many other more distant black holes. Chandra observations have shown that less than 1% of the gas initially within the black hole's gravitational grasp ever reaches the point of no return (a.k.a., the event horizon). This gas is mostly too diffuse and hot for the black hole to capture and swallow it. By contrast the gluttonous black holes that power quasars and produce huge amounts of radiation have gas reservoirs much cooler and denser than that of Sgr A*.

However, there is a great deal more to the story. While Sgr A* appears to be rather calm now, scientists know that hasn't always been the case. Using data from Chandra, they have been able to reconstruct some of the black hole's history when it was a more active consumer. Results like ones publicized in 2007 and 2013 show that the behavior of a black hole can drastically change over time. Researchers have even found possible evidence for relatively small "snacks," such as an asteroid, falling into its gravitational grasp.

Chandra will continue to play an important role in our understanding of Sgr A*. One exciting result on the — pardon the pun — horizon: Chandra observed Sgr A* about the same time as the now-famous Event Horizon Telescope (EHT) collected its data in 2017 and 2018. Just as it did with the EHT's observations of another supermassive black hole in M87, the Chandra data will provide additional information about the extreme physics that the EHT is investigating.

We congratulate the winners of this year's Nobel Prize and look forward to whatever else this exciting field of astrophysics will reveal.