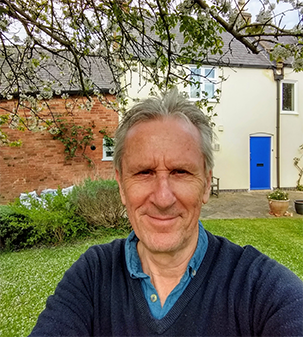 We are pleased to welcome Andrew King from the University of Leicester in the United Kingdom as a guest blogger. Andrew is the author of a paper that is the subject of our latest press release. He graduated in Mathematics from the University of Cambridge (UK), and then researched there for his PhD in General Relativity. After postdoctoral positions in London and Hamburg, he moved to the University of Leicester, where he is now Professor of Theoretical Astrophysics. He is a long-term visitor at the Anton Pannekoek Astronomical Institute in the University of Amsterdam, and Visiting Professor at Leiden Observatory. His interests include ultraluminous X-ray sources, accretion and feedback involving supermassive black holes, and how this affects their host galaxies.

A few months ago, Giovanni Miniutti from ESA's Center for Astrobiology in Spain, and collaborators observed that X-ray emission from the low-mass nucleus (that is, a relatively small black hole at its center) of the galaxy GSN 069 brightened by factors of about 100 roughly every 9 hours, staying bright for about an hour each time before returning to the faint state. From the X-ray spectrum — the intensity of X-rays at different wavelengths — they deduced that the X-rays came from an accretion disk around the central black hole of the galaxy, which has the rather low mass of about 400,000 times that of the Sun. I was intrigued by these observations: the eruptions implied that a lot of mass was being fed into the accretion disc every 9 hours, and the reasonably stable period suggested there was something in a very close orbit around the black hole.

The simplest possibility was that a star was in a 9-hour orbit around the black hole. If this orbit was eccentric (meaning, not circular), the star’s velocity would be a noticeable fraction of the speed of light at its closest point to the black hole. Then gravitational radiation — involving the production of gravitational waves, the ripples in spacetime observed by LIGO — would try to drag the star in towards the black hole, allowing its gravity to pull mass off the star each time it came closest. This would power the X-ray eruptions detected in observations by both NASA’s Chandra X-ray Observatory and ESA’s XMM-Newton.

The conditions revealed by these two orbiting telescopes provide very tight limits on the size of the orbiting star and the eccentricity of the orbit. There was no guarantee that any star would fit these constraints, making this picture unviable. Instead to my surprise, it turned out that a white dwarf star with the rather low mass of 0.21 solar masses would have the right size to fit all the constraints, provided that its 9-hour orbit was highly eccentric (formally with an eccentricity of 0.94). This highly elliptical orbit would allow the star to get to within about 15 times the gravitational radius of the black hole at its closest approach. This meant that gravitational radiation would be strong enough to drive the mass transfer rate we observe.

The very low white dwarf mass suggested something more. White dwarfs grow as the cores of much larger red giant stars. More specifically, they are the helium “ashes” of the hydrogen nuclear “burning” that gives the red giant its luminosity. White dwarfs normally emerge only when the giant’s remaining envelope is lost at the end of its evolution. At this point, the white dwarf usually has a mass of about 0.6 solar masses. The much lower mass I estimated for the white dwarf in GSN 069 strongly suggests that it was the core of a still active red giant, which found itself in an orbit passing so close to the black hole that its envelope was completely disrupted. Some of this envelope was swallowed by the black hole, and some of it was ejected. The white dwarf is so compact that it would have survived this catastrophe. Gravitational radiation would have nevertheless dragged it relentlessly towards the black hole, fairly slowly at first, and gradually more rapidly, although it would have been too distant for any mass to be transferred to the black hole.

Eventually it would have got close enough to be in the state we now see, where the tidal forces of the black hole tear mass from it once per orbit. This past history, if true, may give clues as to how such relatively low-mass black holes actually grow, which is still mysterious. The current X-ray erupting state can only last for a few thousand years — a blink of the eye in astronomical terms. Therefore, the fact that we can observe even one such system must imply that similar events occur somewhere in the Universe quite frequently. Although we would miss all but a tiny fraction, the mass added to the black holes would be significant.

The picture sketched here is not the only possibility for explaining the X-ray eruptions, although it presumably must happen from time to time. Future observations may be able to test two things to check if it applies here. First, the low-mass white dwarf must be made predominantly of helium rather than hydrogen. Checking this probably requires evidence from X-ray spectroscopy (that is, the study of X-ray spectra) of the eruptions, which will be difficult. Second, the very high eccentricity and extreme proximity to the black hole implies a highly significant effect from General Relativity called “Schwarzschild precession” should occur, where the direction of the orbit’s axis rotates with time, so that multiple orbits make a rosette-shaped pattern. Astronomers see this in the Solar System in the orbit of Mercury around the Sun, and they have just measured this for one of the stars orbiting the black hole in our own Galactic Center. In GSN 069 the effect should be so dramatic that the direction of the orbit’s axis changes by an angle of about 70 degrees between successive orbits. Again it is not clear how to detect this, but our view of the system should repeat once about every 5 orbits, or 2 days, so future X-ray observations might reveal a second, longer periodicity.

The future of this system is also interesting. White dwarf stars actually expand as they lose mass, and this means that the white dwarf loses more mass to the black hole at each close approach than needed to compensate for the loss of angular momentum to gravitational radiation. The result is that the size of the white dwarf’s orbit actually expands slightly each time. This effect is well studied in stellar-mass binary systems in our own Galaxy. So the white dwarf spirals away from the black hole, and over time the rate of mass transfer slows down too, ultimately making the X-ray eruptions weaker. Eventually (after a time far longer than the current age if the Universe) the white dwarf mass decreases to about that of Jupiter, becoming a planet. As the planet loses mass its radius then shrinks, and gravitational radiation very slowly pulls it back in, until the black hole finally swallows the vestige that is left.